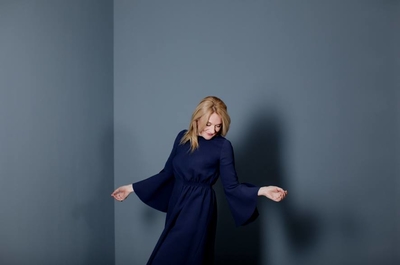 Magdalena is preparing for four opera productions in the upcoming season. The first of them will be premiered as early as in September, thus Magdalena can already be found working hard at the La Monnaie Theater in Brussels, where she, together with conductor Alain Altinoglu and director Thomas Jolly, is studying the role of Lady Macbeth composed for her personally by Pascal Dusapin in his new opera Macbeth Underworld. In October, Magdalena sets out on a concert tour, where she, along with a chamber all-stars ensemble, will present a song program from the latest Pantatone CD titled “Soirée”: these exceptional evenings can be enjoyed by audiences in Biel, Toulouse, Barcelona, ​​Milan, Athens, Katowice, and in November in New York, where Magdalena will spend the turn of the year. There, in the role of Octavian under the direction of Robert Carsen, she will join the successful staging of Strauss's opera Der Rosenkavalier, which returns to the Metropolitan Opera stage for the first time since its premiere in 2017. After returning to Europe, Magdalena will perform among other places at La Scala in Milan and at a benefit concert in Prague's Rudolfinum. In the spring, Magdalena takes on the role of Idamante in the new production of Mozart's Idomeneo at the Berlin Staatsoper and she undertakes a swing tour with Ondřej Havelka and his Melody Makers. In July, Magdalena will again have a "tailor-made role" composed directly for her: she will portray one of the characters in the eagerly awaited premiere of the new opera by Kaija Saariaho. Her fifth opera, called Innocence, will be presented at the famous Aix-en-Provence Theatre Festival.

Details of the concerts and productions can be found in the calendar.