IN MEMORIAM CLAUDIO ABBADO
The fostering of young talent was always close to Claudio Abbado’s heart. Among other things, he founded the Chamber Orchestra of Europe in 1981. This professional ensemble, which was supported by Abbado in the early years and was musically shaped by him as its chief conductor, is considered one of the best chamber orchestras in the world today. Marking the fifth anniversary of the conductor’s death, the ensemble, under the direction of Robin Ticciati, appears in the Chamber Music Hall with works by Fauré, Berlioz and Mozart.

Among other things, Claudio Abbado founded the European Community Youth Orchestra in 1978 and, in 1981, established the Chamber Orchestra of Europe with former members of the ECYO who had reached the orchestra’s age limit of 23. This professional ensemble, which Abbado supported during its early years and shaped musically as chief conductor, is today regarded as the “finest chamber orchestra in the world” (BBC 2 Television).

Led by Robin Ticciati, chief conductor and music director of the Deutsches Symphonie-Orchester Berlin, the Chamber Orchestra of Europe will be heard in Gabriel Fauré’s Suite from the incidental music for Maurice Maeterlinck’s symbolist psychological drama Pelléas et Mélisande. Fauré’s work is thoroughly romantic music that is always overshadowed by a hint of melancholy. Also on the programme is the “Linz” Symphony, which Wolfgang Amadeus Mozart provided with a slow introduction for the first time in his symphonic oeuvre – a significant innovation that reflected the increasingly higher aesthetic standard of the genre.

Magdalena Kožená will be the soloist in Hector Berlioz’s song cycle Les Nuits d’été, based on six poems by Théophile Gautier, which evokes feelings of romantic love, deep yearning and loss. Two laments, “Sur les lagunes” and “Absence”, form the centrepiece of the work – a pair of movements in which the music takes on a poignantly expressive tone. 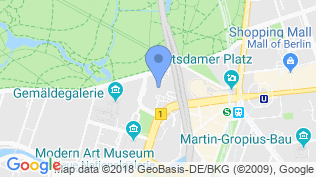