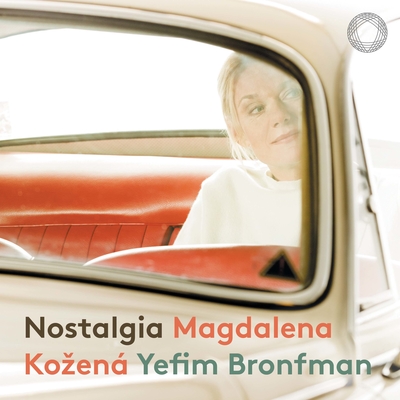 SONGS ON LOVE, LONGING AND INNOCENCE

On her third PENTATONE album Nostalgia, Magdalena Kožená presents Bartók’s Village Scenes, Mussorgsky’s The Nursery and a selection of Brahms songs, together with acclaimed pianist Yefim Bronfman. Sung in Slovak, Russian and German, these songs on love, longing and innocence show three master composers transforming folk traditions into their unique musical styles. Kožená demonstrates her vocal mastery once more, and this recording with Bronfman is the result of a two-decades-spanning congenial artistic partnership.

Nostalgia is star mezzo-soprano Magdalena Kožená’s third album as part of her exclusive collaboration with PENTATONE, after having presented the baroque cantatas recital album Il giardino dei sospiri and the songs in chamber-musical setting project Soirée in 2019. Yefim Bronfman, whose commanding technique, power and exceptional lyrical gifts are consistently acknowledged by the press and audiences alike, makes his PENTATONE debut.
“In 2002 I worked with Magdalena Kožená for the first time in Verbier and was completely taken by her voice and expressivity and a unique ability to get inside the music in a very personal and expressive way. I’ve always wanted to work with her again since then and thankfully have had opportunities in the US and Europe which have opened up new horizons for me as a performer to accompany a great singer in recital. In addition it has given me the opportunity to be exposed to some repertoire I’ve never experienced before such as the Brahms, Mussorgsky and Bartók songs incorporated here. It’s a great privilege and pleasure to tour and record with her this wonderful literature.”– Yefim Bronfman

RELEASE: SEPTEMBER 2021
This album will be released as 1 CD and in digital formats for streaming and high-resolution downloads.
DIGITAL WORLDWIDE RELEASE: 10 SEPTEMBER 2021