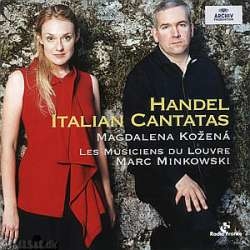 Magdalena will be the guest of a gala anniversary concert on Wednesday 19 October to celebrate 40 years of a stellar worldwide career for conductor Marc Minkowski and his legendary ensemble Les Musiciens de Louvre.

The gala concert will take place at the Royal Opera House in Versailles, in the magnificent setting of the "The Marble Palace enhanced with gold", designed for the theatre by the famous Pierre-Luc-Charles Ciceri. With Magdalena, the jubilarians will be congratulated by the sopranos Caroline Jestaedt and Marie Perbost, the mezzo-sopranos Aude Extrémo and Adriana Bignagni Lesca, the countertenor Paul-Antoine Bénos-Djian, the tenor Stanislas de Barbeyrac, the baritones Florian Sempey and Alexandre Duhamel and the bass-baritone Laurent Naouri.
A detailed programme of the evening can be found here.

You can also enjoy the concert at home thanks to a recording that the France musique radio station will broadcast on 8 November at 8 pm.

Magdalena has a long-standing musical friendship and numerous collaborations with the ensemble and its artistic director Marc Minkowski. Among the most important are the part of Cleopatra in the groundbreaking recording of Handel's opera "Giulio Cesare" released in 2003 by Deutsche Grammophon (Archiv produktion) or the successful Händel CD "Italian Cantatas" released under the same label. Another jointly planned project will also feature the music of Georg Friedrich Händel: in the tour from 7 to 19 February 2023, Magdalena will appear in the title role of the opera Alcina in Paris, Bordeaux, Hamburg, Madrid, Barcelona and Valencia.